Shatta Wale just like talking by heart without thinking – Obrafour 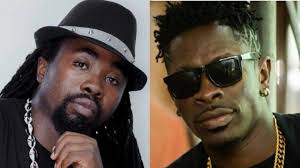 Rap Sofo Obrafour has added his voice to the brouhaha between Shatta Wale and other Ghanaian artistes.
Shatta Wale who has been on a media tour to promote the release of his upcoming album titled “Reign” made a stop at Hitz FM last week to have an interview with morning host Andy Dosty during which he passed some derogatory comments against some artistes in the entertainment industry.
After his interview, some artistes like Kwaw Kese, Stonebwoy and Gemini responded to his comment stating that he was a fake person who claims to preach peace but ends up doing the opposites with Kwaw Kese and Gemini even providing proofs to back their claims.
Well, Godfather of rap Obrafour has also in an interview lashed out at the self-acclaimed Dancehall King saying that he speaks by heart without thinking about what problem it might cost others.

In a video sighted by Ghpage.com, Obrafour stated that Shatta Wale’s behaviour was as a result of not getting well trained in that aspect that was why he always behave that way.
Tweet