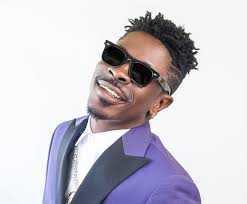 Popular Tv station, TV3 has referred to self-acclaimed dancehall king Shatta Wale as Gbee Nabu; a popular nickname given to him by Yaa Pono during their lyrical beef a year ago.
Ponobiom is known for coining the name ‘Gbee Nabu’ in a diss track to Shatta Wale when they had their ‘beef’.
Ponobiom tore Shatta Wale apart in that infamous track by likening his mouth size to that of a dog, hence; ‘GbeeNabu’ a term Shatta Wale and his SM fans have come to hate.
Ponobiom has since then been branded as ‘inventor’ and Shatta Wale’s tormenter.
Watch the video below…