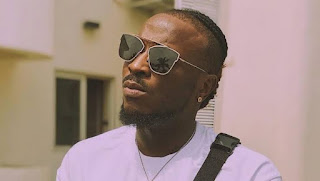 DMW singer Peruzzi was a bundle of nerves on Sunday night when one of his fans posted what looked like a caricature artwork on Twitter alongside the photograph of the artiste and claimed it was a biro sketch of Peruzzi.
The fan asked Twitter users to help her retweet it till it gets to the artiste.

Mex9ja reports that since a Kaduna-based artist, Eli Waduba, caught the attention of American comedian Kevin Hart with his hyper realistic pencil drawing of the comedian, which went viral on Twitter a few days ago, many Nigerian artists have taken to the micro-blogging site to tweet their drawings of Nigerian celebrities. While some have also joined the trend to tweet whimsical caricature drawing of celebrities asking Twitter users to help them show it to the celebrity.

Read their exchange below; 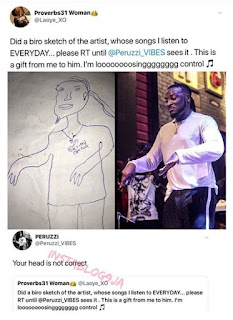