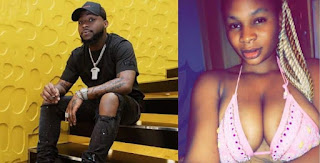 Award winning singer, Beyonce, on Tuesday last week unveiled the tracklist of her new album, ‘The Lion King: The Gift.’

While some hailed the listed artistes, others called out Davido wondering why he was omitted from the list.
One of the people who called out Davido, said that the album could have been his biggest achievement if Beyonce featured him but he lost it because of his frog voice.
Watch the video below;