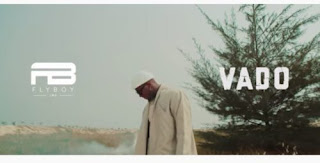 Kizz Daniel continues to serve hit after hit year in, year out. He starts the year with the music video for his last single in 2019, “Jaho“. The song that highly spiritual with a deep message was produced by DJ Coublon.
Vado about sharing this song revealed that its a message from God; “I dreamt about this song. Its a message from God and I sang it to life. You better know who you might be, do wetin you already know. As you come this life alone so you will leave alone.”