Was Leaving Pop Entertainment for IME a Big mistake for Syxxty. 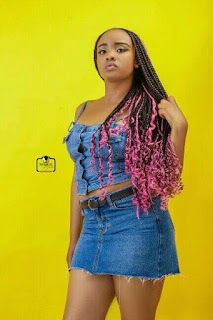 Was Leaving  Pop Entertaining for IME a Big mistake for Syxxty..?

Jos based Nigerian female singer,rapper turn trapper might have made the wrong move joining Incredible  Music Empire (IME) back in 2018.
Syxxty was known to be one of the hottest and fast raising  female rapper in the big city of jos under the management  of Pop Entertainment  headed by DJ POP J, a record group/label known for bringing  the likes of DJ NAIRA and one of the fast raising northern Nigerian rapper  SLIMNAZI.

Syxxty left or rather "dumb" (Not official) Pop Entertainment  to join the camp of Incredible  Music Empire  where she dropped a couple of singles and collaboration  which she totally  followed  a different  pattern of music (Not the regular Rap she is known for) but decided  to follow the trend by doing  a little  of trap music. It seems the female rapper did not have a good experience  at Incredible  Music  Empire  as News reaching  us that she is off the label  now and  she is planning  to drop and EP soon off the label. 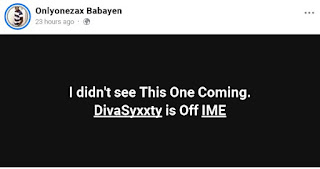 OnlyOneZax a record producer,singer,and the founder of Incredible Music  Empire (IME)  took to his facebook official account  saying he cant believe  the rapper is Off the label.
What should we really  expect from the rapper after leaving  IME?

There has been no response to "Was Leaving Pop Entertainment for IME a Big mistake for Syxxty."